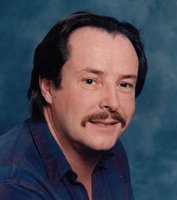 Passed away at the Georgian Bay General Hospital, Midland on Friday December 20, 2019 at the age of 69 of Port Severn. Survived by his sister Judy Reid, by his sister-in-law Melissa Bush, by his nieces Michelle Broga and Heather Anderson, by his nephews Charles Bush and Spence Reid, and by his great nieces & nephews. Predeceased by his parents Reginald & Myrtle Bush, by his sister Betty Anderson, by his brother Bill Bush, and nephew Craig Anderson. Reg will be remembered by his family and friends. Reg was the former owner of Bush’s Boat Livery, Port Severn. The family will honour his life with a visitation at the COLDWATER FUNERAL HOME, Coldwater from 7-9pm Friday. The funeral service will be held at Coldwater United Church, Coldwater on Saturday December 28th at 1pm. Spring Interment Coldwater Cemetery. As an expression of sympathy donations in memory of Reg may be made to the Coldwater United Church and may be made through the funeral home.