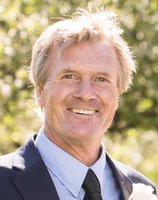 Passed away suddenly, after a tragic motorcycle accident in Severn Township on Friday, August 28, 2020 at the age of 62. Lovingly missed by his daughters Jessica (Ted Lawrence), Libby, and Ali (Kate Hillard) and stepdaughter Kelsey McGuire (Mike). Loved grandfather of Jane. Beloved son of Dr. William Ives and the late Joan (October 2001). Dear brother of Jennifer, Sandy (Maureen), David (Holly), Jill, Judith (Tom), Matthew (Edwina), Edward (Lori), and Sarah. Mike will be deeply missed by Pat, the mother of his 3 daughters, by Kelsey’s mother, and also by his many nieces, nephews, aunts, uncles and cousins. A pillar of his community, Dr. Ives was a dedicated and respected family doctor for the Town of Coldwater and surrounding area for over 30 years. Treating his patients with the care of a friend, Mike believed that practicing Medicine was an art, and that it should always be focused on the people, rather than simply the science. He will be remembered for his jovial, offbeat sense of humour and his ability to make wisecracks at the least appropriate moments. Mike’s passion for collecting made him a recognizable sight, often seen beetling around town in one of his assorted automobiles, or cruising overhead in his ultralight airplane. His love of wood-crafting and working with his hands led to the creation of many a canoe paddle, boomerang, table, and clock. Leading an active lifestyle in nature, you could often find him taking his dogs and visitors on walks around his land, cultivating his numerous gardens, playing hockey, and zipping around on his snowmobiles. Following cremation, a private family gathering will be held. Due to COVID-19, a celebration of Mike’s life will be held in the Spring for the community of Coldwater and surrounding areas (details to be announced at a later date). As an expression of sympathy, donations in memory of Mike may be made to the Coldwater Lions Club or to the O.S.P.C.A. and may be made through the funeral home.