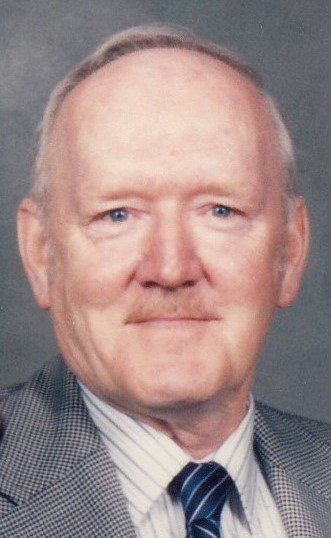 Please share a memory of Harry to include in a keepsake book for family and friends.
View Tribute Book

Passed away at the Veteran’s Wing of the Sunnybrook Health Sciences Centre, Toronto on Monday July 12, 2021 at the age of 99. Beloved husband of the late Laurene Alliston (nee Edwards) [October 2012].  Predeceased by his parents Harry & Edith Alliston, by his in-laws Mervin and Gertie Edwards and by his brother-in-law and sister-in-law Morley & Dorothy Edwards.  Missed by his family Lynne & Gordon MacDonald, Jennifer & John Theour, Julie & Bryan McNiven, Christine & Evan Laxton, Connor, Erin, and Mabel.

Harry was a Veteran of WW II serving with the Air Corps as a mechanic. Following the war he received his degree from the University of Toronto and worked for A&P Stores across Canada as a Transportation Manager until his retirement.  For awhile he also sold real estate in Toronto.  As a hobby Harry loved riding his horse Lucky.

A graveside service for Harry will be held on Saturday July 17th at Vasey United Cemetery, Vasey at 1pm.

As an expression of sympathy, donations in memory of Harry may be made to the Unity United Church, Vasey and may be made through the funeral home.

Share Your Memory of
Harry
Upload Your Memory View All Memories
Be the first to upload a memory!
Share A Memory