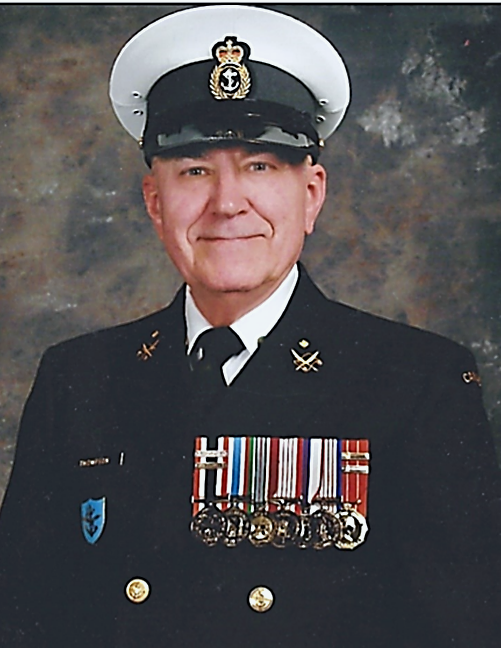 Please share a memory of Allan to include in a keepsake book for family and friends.
View Tribute Book

Tom is survived by his sister, Bernice (nee King), and predeceased by his brother Donovan. He will be missed by his many nieces and nephews and cherished friends.

Tom grew up in Toronto and joined The Royal Canadian Navy in 1960 serving for 35 years on 22 different ships sailing from both East and West coasts of Canada while achieving the rank of Chief Petty Officer 2nd Class. During his career, Tom travelled the world serving in the Canadian Arctic, the Orient, South America and the Caribbean. He saw two tours of duty in Damascus and Syria and was proud to have served on the Navy’s finest fighting ship the HMCS Haida.

Tom retired from the Navy and resided in British Columbia for a number of years before moving to Coldwater to continue his 55 year membership with The Canadian Legion advocating for Veterans. Most recently, Tom was looking forward to celebrating Remembrance Day with the many other Veterans in Sunnybrook Veteran’s Hospital where he resided. Tom, you will be remembered!

In accordance to directives put in place by provincial governing bodies, the Covid-19 protocols are being followed such as facial coverings, providing proof of double vaccination with ID, contact tracing.

Share Your Memory of
Allan
Upload Your Memory View All Memories
Be the first to upload a memory!
Share A Memory