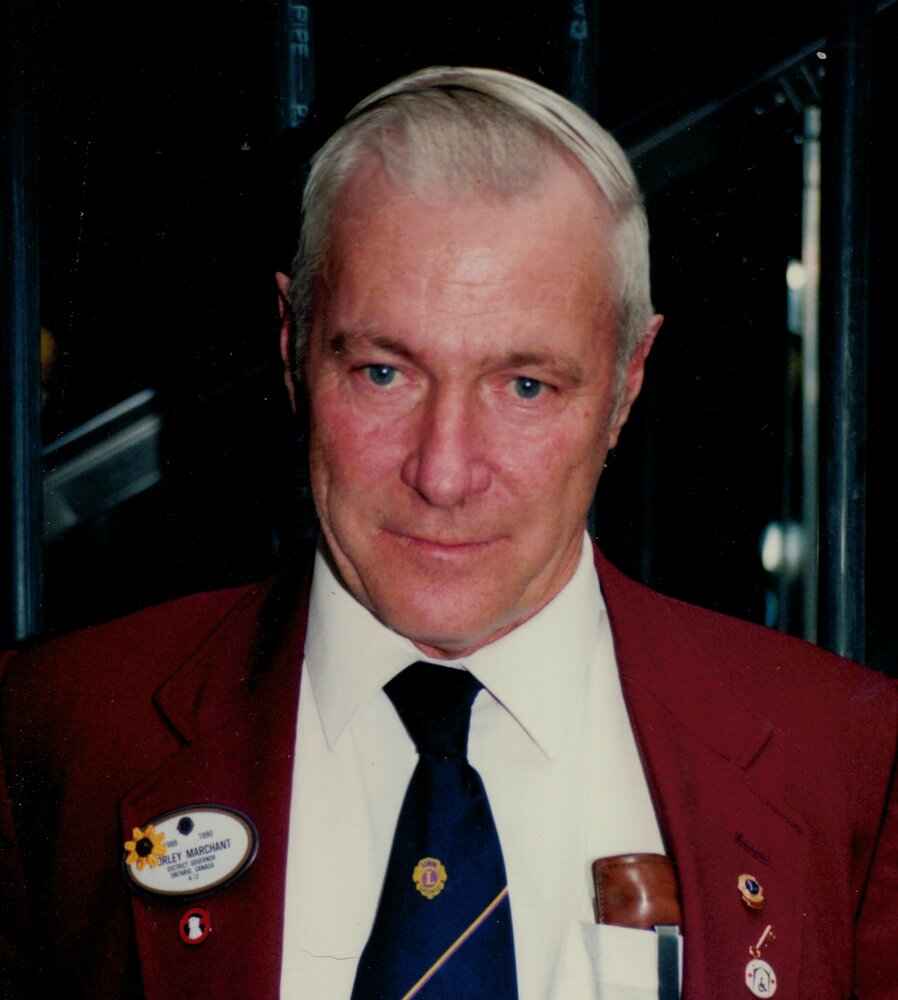 Please share a memory of Morley to include in a keepsake book for family and friends.
View Tribute Book

Passed away peacefully on October 21, 2022, at Hillcrest Village Care Centre in Midland in his 90th year.

Forever loved and missed by his wife Margaret Marchant (Dundas). Beloved son of the late George and the late Gladys (Reynolds) Marchant. He will be lovingly missed by his children Glenn Marchant (Giselle), Joyce Marchant, Chris Marchant (Cindy) and Linda Belcourt (Brian). Much loved Grampa to Kari Belcourt, Max Marchant, Marie Belcourt and Ryan Marchant. He cherished his great grandchildren. He will be lovingly remembered by his three sisters and three brothers.

Morley cherished the cottage life on the Severn River with his wife and enjoyed entertaining his children, grandchildren and many friends.

Morley was a proud Lion’s member with Elmvale and Coldwater Clubs. He was a very active Lion member for so many years that he was awarded the Life Membership from International Lions. It gave him great pleasure to be elected as the A12 District Governor. He performed his governor duties with joyful diligence. He was honoured and respected by his fellow Lions members and recognized by being awarded Lion of the Year for 1984-1985 and again in 1986-1987.

A celebration of Morley’s life will be held at the Elmvale Lions Hall in the Spring. As an expression of sympathy donations in memory of Morley may be made to the CNIB Lake Joe through the funeral home.

Share Your Memory of
Morley
Upload Your Memory View All Memories
Be the first to upload a memory!
Share A Memory