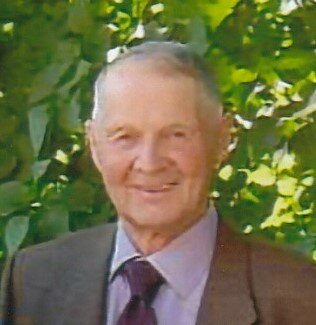 Please share a memory of Gerald to include in a keepsake book for family and friends.
View Tribute Book

Quietly in his 92nd year after a short hospital stay, we announce the passing of Gerald Walters of Uhthoff, Ontario.  Beloved husband of the late Olive (2016).  Gerry is the father of Stephen (Mary) of Marchmont, Greg (Kelly) of Warminster, and Janice Bonnin (Don) of Coldwater.  Loving Grampa of Kyle (Laura), Garrett (Sarah), Ben (Heather), Bailey Walters (Matt Hale), Taylor Walters (Adam Jones), Erin Ames (Adam Ross) and Megan Sine (Chadd).  Great-Grampa to William, Taylor, Madalyn, Harriett, Beatrix, Hunter, Emily and Owen.  Loving brother to the late Elroy (Donna), the late Bill (Donna), Betty Hurley and Phyllis Kehoe (Bob).  He will be missed by many nieces and nephews.  As per Gerry’s wishes there will be no visitation or service.  A small family gathering will be held at a later date.  As an expression of sympathy and in lieu of flowers donations can be made to the Sunnybrook Health Sciences Centre “the C5 Unit or the Palliative Care Unit, the Mariposa House Hospice, Severn or to a charity of your choice and may be made through the funeral home.

Share Your Memory of
Gerald
Upload Your Memory View All Memories
Be the first to upload a memory!
Share A Memory